Welcome to
The Seymour Group Blog
The Scoop: California Proposition 15 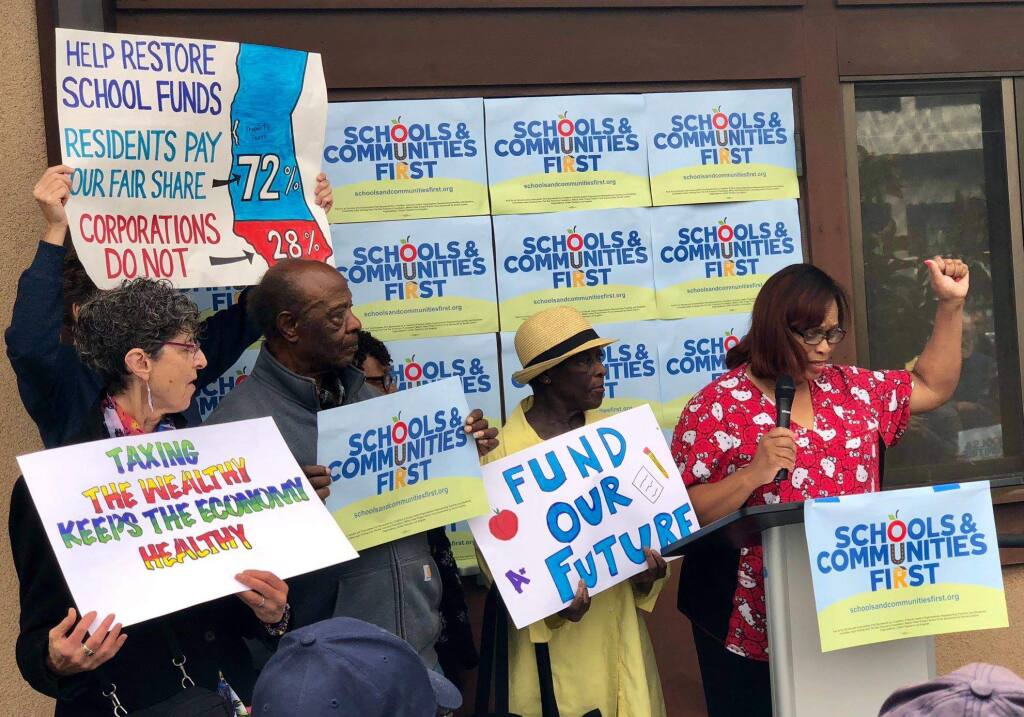 Since 1978, residential, commercial, and industrial property tax has been based on their purchase price. The tax is limited to 1% of the purchase price and adjusts annually at a rate of 2% or inflation whichever is lower. When proposition 13 was first introduced property classes were paying their fair share. Over time residential properties began to encumber an unfair proportion of the tax revenue. This occurred because residential properties change ownership at a greater rate than industrial or commercial which increases the frequency in which a property is assessed. Meanwhile, the funding for communities and schools fell by the wayside with a lack of revenue from property tax.

What is to come?

Proposition 15 is in the pipeline to create a process that “Increases Funding for Public Schools, Community Colleges, and Local Government Services by Changing Tax Assessment of Commercial and Industrial Property”. It is projected the ballot initiative would bring in between $8 billion and $12.5 billion in revenue per year. An example of the effect of the bill is Walt Disney’s 43 acre Burbank Studio which was most recently assessed in 1975. As a result, Disney pays around 5$ per square feet while comparable Burbank studios pay 180$ per square foot. The shift in property tax structure to market value as a result of Proposition 15 would give the community an additional 3.5 million in tax revenue. According to a Yes on 15 policy report, Ninety-two percent of the new tax revenue would come from 10 percent of the largest commercial and industrial property owners.

The revenue (8 billion to 12.5 billion) from Proposition 15 will do a lot of good for a state that is dead last in teacher-to-student ratios, guidance counselor-to-student ratios, and librarian-to-student ratios. Proponents of the bill have stuck to the narrative that small businesses will be primarily unscathed as the burden rests on large businesses who have taken advantage of favorable tax law for decades. Opponents argue there are perverse effects from taxing properties on market value in attempt to create more revenue to support local government and education. While California’s weather, entertainment, and industries have made it an attractive space to work it is notorious for some of the highest taxes in the nation. A change in property tax will increase the financial stress making other states more attractive. The lack of job growth could be far more damaging to the economy in the long term than the potential boost in tax revenue. Furthermore, Proposition 15 increase in taxes to large companies is likely to trickle down to small businesses. Any business who is renting a property with a triple net lease would now be responsible for the property tax spike. We could see the quality of ownership and management suffer as the financial situation tightens. Owners and triple tenants responsible for property tax will have less money to keep up with maintenance and common area costs.

How does the bill work in practice?

In practice, the bill will assess taxes on commercial and industrial properties at market value, while continuing to assess taxes on residential properties based on the purchase price. If a business has 3 million or less in holdings or owns property and employs less than 50 employees than they are exempt from market value tax. The bill will provide a 500,000$ tax exemption on businesses’ personal tangible property. Also, commercial agriculture will be exempt from proposition 15. The change from the purchase price to market value would phase-in beginning in the fiscal year 2022-2023. Business owners, whose occupants are 50 percent or more small businesses would be taxed based on market value beginning in the fiscal year 2025-2026.

“The ballot initiative would distribute the revenue to specific areas, rather than the General Fund. First, the revenue would be distributed to (a) the state to supplement decreases in revenue from the state’s personal income tax and corporation tax due to increased tax deductions and (b) counties to cover the costs of implementing the measure. Second, 60 percent of the remaining funds would be distributed to local governments and special districts, and 40 percent would be distributed to school districts and community colleges (via a new Local School and Community College Property Tax Fund). Revenue appropriated for education would be divided as follows: 11% for community colleges and 89% for public schools, charter schools, and county education offices. There would also be a requirement that schools and colleges receive an annual minimum of $100 (adjusted each year) per full-time student.”